You may have seen a lot in the news about glyphosate lately, the most common herbicide in the world, used in products like Roundup by Monsanto. Earlier this year the World Health Organization issued a strong defense of its classification of the chemical as a “probable carcinogen,” and there is a landmark case in the news this summer in California (one of 4000 pending cases) concerning a school groundskeeper who claims glyphosate caused his non-Hodgkins lymphoma. Yikes. Does exposure to glyphosate cause cancer? Did Monsanto know about the risk and deliberately mislead the public? How much exposure is dangerous?

While the U.S. courts and scientists consider these questions, we believe consumers should be able to decide for themselves if they want to eat foods that have glyphosate in them. Problem is, very few food companies test for the chemical and virtually no one releases that data to the public. So, it’s most likely that not only do you not know if it is in your favorite foods, neither does the company who made it for you.

At ZEGO, we believe in giving consumers control over what they eat. We established our Z-CODE food safety system combining lab testing, transparent labeling and batch level communication through packaging technology to inform their choice. Before going into that, let’s learn a bit more about glyphosate.

Why Is Glyphosate a Concern?

Some studies have found glyphosate may be correlated with a number of health problems from endocrine disruption to shorter pregnancies and lower birth weight of infants to celiac-type symptoms in fish. Add that to the numerous cancer lawsuits that claim Monsanto knew the chemical was a health hazard and hid it from the public and that has a lot of people concerned. The problem is, that if you are a consumer who wants to limit your exposure to this chemical, your options are limited.

Can You Be Glyphosate-Free?

Can you live a glyphosate-free lifestyle? Probably not, sorry. Avoiding glyphosate is not as simple as staying away from herbicides on your yard. Studies have measured it in rainwater, air and soil samples. The other studies found it in surprising amounts in a number of everyday foods that you may have in your cabinets at home, ranging from organic coffee creamer to cereal to chips. It may have been used on the cotton in your clothing. But the problem is not just how commonly used it is, it is that you do not have access to data that would tell you if a product has glyphosate residue in it and how much. That is what we at ZEGO would like to change because we believe you have the right to know what is in your food, even if it is not required to be stated on the label.

How Is ZEGO Making a Difference?

If you are a long-time customer, you know that in addition to producing our products in a top eight allergen and gluten-free facility, we also send out each batch for independent lab testing for peanut, soy, dairy, and gluten. We connect that data to the product in your hand through the QR code on the package. Building on that, we are now periodically testing for glyphosate and posting the results as well. With one scan, you can see all five test results.

You may have heard of blockchain in regard to Bitcoin and crypto currency. Our patent-pending Z-CODE system is a tailored blockchain, adapted to be easy and quick to execute for the company and more relevant to most people on a daily basis. Its a system for collecting and distributing food safety data that reliably provides information about a packaged food batch to the consumer. For the company, the system provides reliable data on and accountability for the purity of the ingredients it buys and its factory’s manufacturing process. There is technology involved in the testing and communication system but no encryption as with Bitcoin. The time and expense of encryption would make it untenable to implement this system in the short term and possibly at all. What is revolutionary about ZEGO’s Z-CODE system is that it can be replicated in a matter of months by any company that cares enough about its consumers, its products, and its reputation to do it.

And, if more companies adopt the Z-CODE system, we will have a network of data that, together, could serve as a measurement of crop health across the food chain and serve as a roadmap for improving it. It is in the sharing of this data among companies where the encryption would be most helpful because a company may not be willing to publicly share undesirable test results unless it is assured it cannot be linked to the data. Otherwise, it will keep the information close to the chest and work out the problem internally. But it is the collection and analysis of the aggregate data that would be most helpful to all of us, answering questions like which supply chains for certain crops have more glyphosate than others? Is a particular supplier selling ingredients that, known or unknown to them, is contaminated with ground peanuts? Which suppliers are passing off ingredients fraudulently labeled non GMO and organic?

Another beauty of our Z-CODE system is the benefits for consumers and companies start immediately for verifying our suppliers’ organic and non-GMO certifications, which are particularly vulnerable to fraud. In our first round of tests, we found high levels of glyphosate in one organic spice we wanted to use. We reported the test to the supplier so they could fix the problem, and then switched to another brand whose product tested clean. Imagine how quickly we could clean our supply chain if 10,000 companies had a similar story to tell? So while the U.S. courts, politicians and scientists debate the safety of glyphosate and business executives and technology experts grapple with encryption and whether it can be built into the food chain affordably, we hope other companies act now and start testing and reporting like we do.

We have reason to be optimistic! Scott Elaine Wright-Case, co-founder of a successful food venture capital fund called VMG, applauded ZEGO’s action as, “a bold move that brings blockchain verification to packaged food. This is exactly the type of innovative transparency consumers and investors have been clamoring for in the clean food movement.”

How Can You Minimize Your Exposure to Glyphosate? 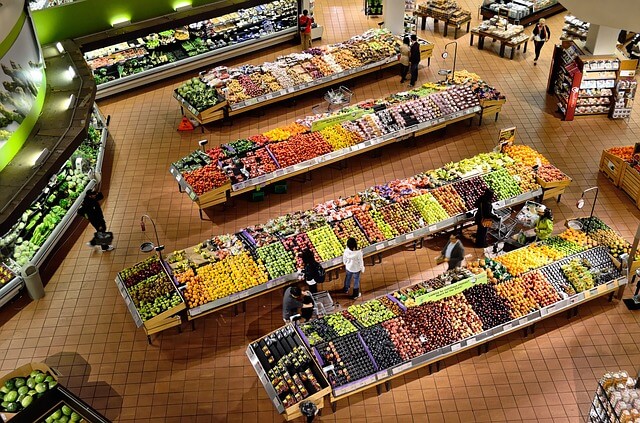 Unfortunately, right now, there are no regulations requiring companies to test or reveal their testing results for glyphosate. But there are things that you can do.

The biggest boost to the non-GMO labeling movement was when Whole Foods heard from so many customers concerned about GMOs that it required all its vendors become non-GMO certified. The level of consumer awareness is not quite there yet with glyphosate, but we will get there faster with your help!

Thank you to Food Democracy Now, The Detox Project and Environmental Working Group for their reporting on this issue, much of which we used in this blog.

Colleen Kavanagh is the founder and CEO of ZEGO.  After a career in public policy working to improve nutrition for low-income children, she started ZEGO to provide superfood based snacks for people who need to restrict their diets to be healthy. ZEGO is a certified B Corporation, and is working to bring transparency to the supply chain to improve food safety and nutrition for all.