by Colleen
in Blog, Insider Info 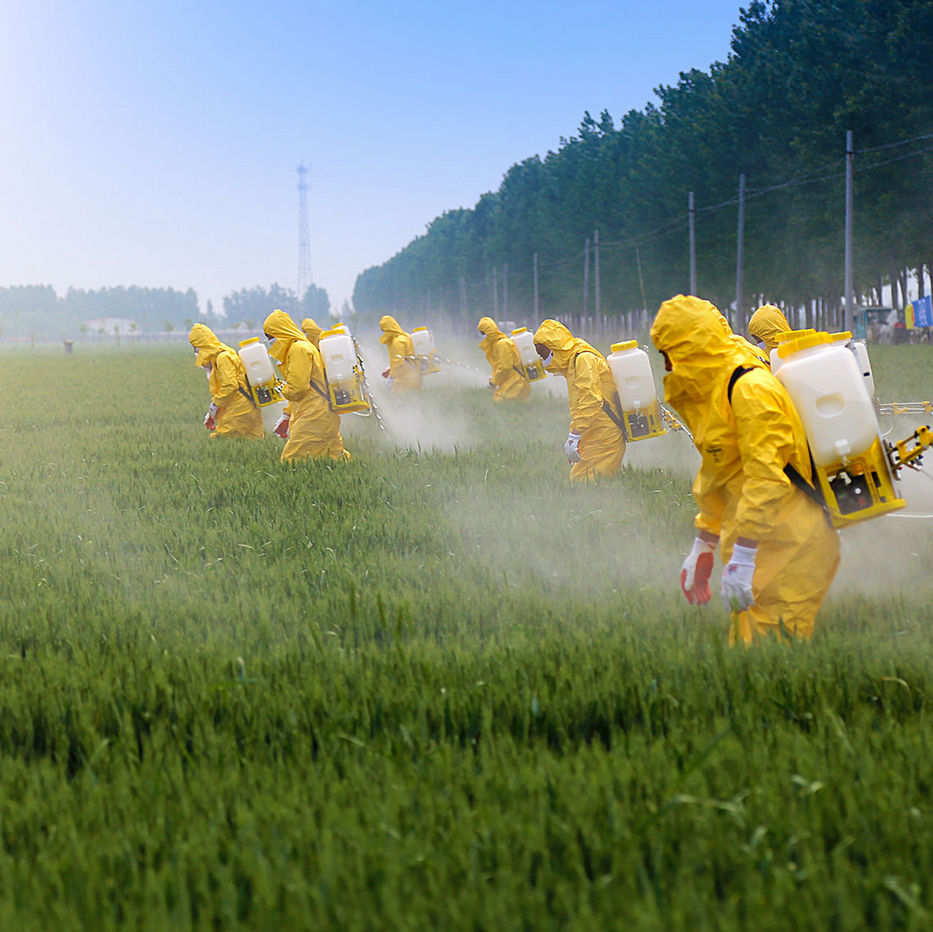 About this series. There is a lot of conflicting information about glyphosate herbicide in the marketplace, glyphosate in food and the glypohsate cancer link. As a food manufacturer and a B Corporation working to detoxify our global food supply chain, we at ZEGO are deeply concerned about toxins like this used on crops. Through this series, we seek to provide you with verified, actionable information that will help you and your family be healthier. We hope you’ll share the information with your friends too. Together, we can bring about a cleaner world.

What’s the Run-down on Glyphosate?

We are all trying to eat better to support our immune system these days. But, choosing nutrient-dense vegetables and fruit is just the start. It’s important our produce doesn’t have invisible toxic residue (pesticides) from the farm that will harm our immune system and health.

Glyphosate is not just an herbicide (herbicides are a subset of pesticides), it is the most popular weedkiller on the market. And, it’s not just farmers who use it. People spray it on public parks, at schools, and maybe even on your own back yard (yes, the very grass your kids are rolling around in). To be sure, most of us are eating glyphosate in food, drinking it in our water, and even breathing it in our air every single day.

Glyphosate herbicide, the main chemical in Round Up and most all commercial weedkillers, is one of over 400 agricultural chemicals we test all ZEGO products for. But it is the most controversial weedkiller on the market. In fact, it was just banned in New York City by the state legislature and Gov. Cuomo. Likely, you’ve read some about it or seen the class action lawsuit advertisements about it on TV. So, let’s learn more about it. Just what is glyphosate?

John E. Franz, a scientist working at Monsanto (now owned by Bayer), invented glyphosate. He designed it to replace Atrazine, a popular but arguably even more toxic chemical infamous for castrating frogs. Unlike Atrazine, glyphosate interferes with the pathways for photosynthesis. Seemingly, Franz assumed that because people do not photosynthesize, glyphosate would not harm human health. Turns out, he was wrong, but more on that later.

Glyphosate quickly became the #1 weedkiller in the U.S. in the product named Round Up. It’s patent protection ended in 2000. And now, it is the most common chemical weed killer sold world-wide.

Farmers considered glyphosate to be the most effective weed killer on the market for several decades, though problematic weeds are emerging that are resistent to the chemical. And, according to the National Agricultural Statistics Service, in 2017 they applied approximately 12.4 million pounds of glyphosate to wheat grown in the U.S. It’s used on “Round Up Ready” soy and corn and sometimes as a desiccant for oats and spices. In full, since 1974 people have spread 8.5 BILLION kilograms across mother earth. Moreover, scientists have measured it in rivers, lakes, soil and air. In fact, it’s in nearly every corner of our earth.

Why is the toxicity of glyphosate so controversial?

To be sure, there are many studies showing alarming links between glyphosate and disease, including our rising infertility rates. Most of all, we need more research, as many of these studies are small or use large amounts of exposure. But such small studies and other scientific questions and hypotheses being discussed by brave and controversial scientists are the building blocks of scientific knowledge. And, our response to them should be that we want more research. Instead, many argue against new ways of thinking because the ideas being discussed don’t have studies to prove them yet. Or, they argue the studies that do exist are too small to be considered.

What You Need to Know About Glyphosate

Given how widely this chemical is used, we need to examine the full impact it has on human and planetary health and more than just the glyphosate cancer link. But we also recognize that in our busy lives. Most of us only have a few minutes to spend on an article. So, we will be publishing all this juicy content on glyphosate in a short pieces across this month (January 2021). We hope it helps you efficiently fill in any knowledge gaps you may have regarding this toxic chemical.

Send Us Your Questions!

Please, let us know if you have other questions you would like answered about glyphosate by emailing us at info@zegofoods.com.

In the meantime, here are some links for further information:

Colleen Kavanagh is the founder and CEO of ZEGO, a company that seeks to inspire changes in the food system so it better nourishes all people and our planet. She spent 20 years working to better nourish low-income children through improved public policies and programs, working for Congressman George Miller in Washington, DC and various anti-hunger nonprofits. She founded the nonprofit www.abettercourse.org. In 2013, she decided the only way to better nourish the most vulnerable is to leverage consumer demand through the marketplace to regenerating the food system and protect the most vulnerable. And that, lead to her starting ZEGO.